Reasons why you shouldn’t ignore Wales

England and Scotland are two destinations in the United Kingdom that are often visited by travelers. Whether it is the beautiful Cotswolds in the English countryside or the Scottish Highlands. The small country of Wales, on the other hand, is often ignored. Although that is unjustified. And here is why.

It will take a while before you enter this in your GPS, but when you visit Wales you should not forget to stop in Llanfairpwllgwyngyllgogerychwyrndrobwllllantysiliogogogoch. The small village in the north of Wales is a must visit for tourists who want to take a picture at the station and stamp their passport.

Literally and figuratively the highlight in terms of nature in Wales. The Snowdonia National Park guarantees beautiful mountain landscapes. It also has the highest mountain in Wales within its borders. Snowdon is a frequently set goal by hikers who want to complete the Three Peaks Challenge. Fortunately for people who are not up for the more than 1000 meters high climb there is also a train leading to the summit.

Can it get more adventurous than climbing Snowdon? Then you better head towards the Pembrokeshire coastline where one of the most adventurous activities was born: coasteering. During a coasteering session you move from point A to point B along the rugged cliffs of the coast. Not only does this mean a lot of climbing, but you also have to do cliff jumping and swimming in the wild sea.

The heart of Welsh culture can be found in many myths and legends. What many people do not know is that many of these legends are the basis of world-famous stories and characters such as Lord of the Rings and Merlin.

Wales has an impressive coastline. Not only do you find many hidden beaches that you have all to yourself, but in the north the views of the rugged cliffs that separate the green landscape from the blue ocean are very impressive. With luck you can even see a seal, dolphin or puffin popping up.

Wales has more than 600 castles. Many of these castles, however, have become ruins that remind us of the Middle Ages, but a hundred are still in full glory. In the south Cardiff Castle and Caerphilly Castle are two castles that are worth the effort to visit. Conwy Castle in the north is one of the most visited castles in the country.

Jump on an underground trampoline

Looking for an experience that is unique in the world? In Blaenau Ffestiniog, you can jump on trampoline for an hour with Bounce Below. Not so special would you think, were it not that these trampolines hang in an underground mine. You can jump, slide and climb in an immense cave. 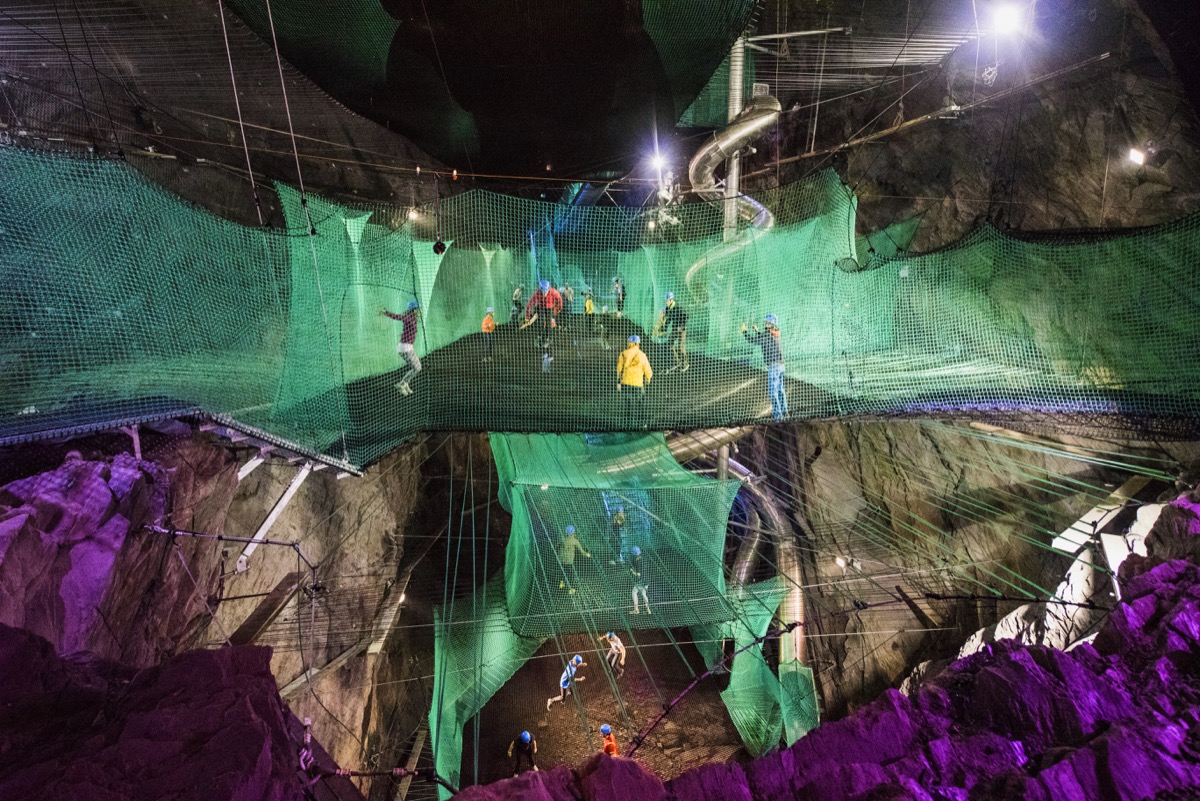 ← Next climbing goal: Matterhorn
An honest letter to 2019 →

2 Comments on “Reasons why you shouldn’t ignore Wales”